Alexithymia: “Does He Even Have Feelings?”

Some people come in to therapy stating that their partners seem to have no empathy at all.  They act self-centered and seem entirely unaware of their partner’s deeper feelings.  When a conversation involving emotions is initiated, the partner seems bored or distant.  This has the effect of making these people feel lonely, disconnected, and desperate for some genuine closeness.The partners of these “robots” feel drawn to act out in ways that seem “crazy,” like crying, not letting the partner end discussions (which the partner calls “fights that you start”), and fantasizing about infidelity (particularly emotional affairs) or leaving the relationship entirely. 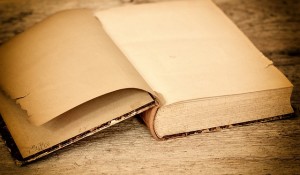 what if nothing’s there?

In my last post, I discussed how Asperger’s and narcissism can both make people seem very unempathic and self-absorbed, but for different reasons.  Many people with Asperger’s also have a seeming lack of feelings, or inability to express their feelings, which is called alexithymia.

Alexithymia is the inability to express emotions or to understand others’ emotions.  It is present in about 10% of people, and some studies find that it is twice as common in males, while others find more equal rates across gender. Alexithymics can feel emotions, although not a wide range, but they do not know how to to verbalize them.  Usually, they are unaware that certain sensations are actually emotions.  For example, a person with alexithymia will appear angry, but when asked if he is angry, will deny it.  Similarly, their eyes may fill with tears and they will assume they are tired or have a blocked tear duct.  This can obviously be very frustrating for partners, who assume that the person is purposely or passive aggressively hiding or lying about his emotions for some deeper reasons.  The idea that the person could be unable to notice or express them is usually not even considered.

Alexythymia is linked with poor marital quality and higher rates of divorce. It is also implicated in can lead to “Affective Deprivation Disorder,” which is “crazy” behavior in the partner of the alexithymic. It is also the dynamic I explained in Mr. Perfect and His Crazy Wife, or when I described attachment panic.  People become angry, frustrated, sad, lonely, and desperate when continually denied emotional validation and support from a partner.  The difference with alexithymics is that they are usually not being passive aggressive.  They genuinely cannot imagine their partner’s experience and feel no emotions themselves, so they are not “hiding” or “deflecting,” but are angry and confused because they literally have no idea what a partner means by “emotional support” and truly believe that the partner is the one with the problem, and is emotionally unstable and irrational.

Alexithymics often have a range of canned responses to normal social situations in which empathy is required.  They can mimic others’ responses and assemble a repetoire of phrases like, “That must be so hard” and “Awww,” with the correct, imitated, tone.  Only an intimate partner will notice that the same responses recur over and over and the pseudo-emotion that is exhibited dissipates instantly.  This is why other people often think that an alexithymic is normative, and that the partner is the one with the issue.

Alexithymia is really a disorder of imagination.  In order to empathize, you need to imagine yourself in someone else’s shoes.  Alexithymics therefore seem to have no imagination, little spontaneity, and a constricted fantasy life.  Their dreams are usually of everyday occurrences, and are boring for them to recount and for others to hear.  They are not artistic or creative.  They can succeed at work in occupations where order and predictability are prized, but they cannot think outside the box or predict others’ social or political maneuvers, so they will only advance until a certain point before they plateau.  (However, they are very stable and even keel, so they will never make impulsive decisions that jeopardize their jobs.)

Conversations with alexithymics can feel monotonous and frustrating.  In Emotionally Dumb: An Overview of Alexithymia, the author writes, “The alexithymic communication style is object-tied and logical, with a striking absence of poetic undertone which might reveal deeper resonances of psychic life.” The alexithymic does not often lead with opinions or reflections.  Rather, he discusses factual happenings in his day, or details about his activities, without offering observations or feelings about them that would draw others into his story.  It seems to others that the alexithymic is intentionally shutting down deeper communication, but he just does not understand how or why people would continuously discuss feelings or hypotheticals.  Alexithymics are very literal.  They usually don’t enjoy novels, or shows or movies that focus on emotions, but if they come into contact with them, they may learn ways of talking or relating from them, just as they mimic others in their social circle.

The imagination deficit in alexithymia impedes romantic and sexual functioning.  Empathy and imagination are necessary for responsive sexual behavior.  For fulfilling sex, people usually need to be able to pick up on non-verbal communication and to know what a partner is alluding to or hinting at.  Sex with alexithymics can feel very mechanical and awkward. Alexithymics can learn sexual techniques, and will then repeat them by rote after they received a positive response once or twice, but there is limited variety or spontaneity during the act.  Some alexithymics feel physically uncomfortable during sex and don’t enjoy it, because sex arouses emotions that then make them feel overwhelmed or even physically sick.  Others are addicted to sex as a rote way to feel physical pleasure.  In neither case does sex feel like “lovemaking” to a partner.

Alexithymia does not only occur in people with Asperger’s.  It can also affect individuals with depression, PTSD, or those with emotionally neglectful childhoods (which you can read about in Running on Empty: Overcome Your Childhood Emotional Neglect

State alexithymia is thought to develop from having your feelings constantly ignored and/or invalidated, or via observing parents who don’t express emotions normally.  When parents “mirror” a baby or child, they notice the child’s emotion and label it and respond in kind, such as when a baby looks surprised, the mother says, “Oh! That was a surprise!”  When parents are not capable of empathic responding, a child does not learn about his own emotions or what they mean.  Therapy that is geared toward helping a client recognize and identify his emotions can therefore be helpful, and can change a relationship dynamic.  Sometimes, insight oriented therapy can help a client uncover repressed anger and sadness about his childhood, and can be cathartic and lead to emotional change and the expression of dormant imagination and creativity.

Trait alexithymia may be more organic and biologically based, as is Asperger’s and autism spectrum diorders as a whole. In therapy, clients can learn to express more empathy and possibly to identify their and others’ emotions by rote.  It is unlikely that this will lead dramatic change, and partners will find themselves in a marriage where people finish one another’s sentences and call each other during the day just to tell each other something exciting or upsetting.  However, just having a therapist explain to an alexithymic that a partner’s emotions are not abnormal or irrational can be marriage-changing (if, of course, the alexithymic is open-minded enough to identify as alexithymic and own this aspect of his identity).

Till we meet again, I remain, The Blogapist Who Would Also Like a Guest Post On This Topic If You or Your Partner is Alexithymic (So Take The Test).

———–
Order Dr. Rodman’s newest book, 52 Emails to Transform Your Marriage and order her first book: How to Talk to Your Kids about Your Divorce: Healthy, Effective Communication Techniques for Your Changing Family

This blog is not intended as medical advice or diagnosis and should in no way replace consultation with a medical professional. If you try this advice and it does not work for you, you cannot sue me. This is only my opinion, based on my background, training, and experience as a therapist and person

Why I Told The Internet About My Depression

Of Course You Can Use Someone Else As Your Motivation To Change!

Your Wife’s Libido Drops In Monogamy… But What If You Turn Into A NEW MAN?

10 Ways To “Be More Romantic”: A Concrete Guide For Husbands