My Wife Is Fat

I felt compelled to send you a message after reading the Husband is Overweight entry because my situation is a bit reversed.  I’m in the army and my wife is the overweight one (200lbs and 5’4″) and she knows it.  She gained weight after she was pregnant with our daughter (she had hyperemesis gravidarum which messed her diet up) so I’ve tried to be patient.  After about a year and a half she has finally started to make half-hearted attempts because she wants to lose weight before having another child, in case she has another complicated pregnancy.  Half hearted attempts include paleo or various other diets for a month at a time without exercise.  Finally started some 21 Day Fitness routine where she exercises and follows a portioning diet but that lasted about a week and a half and she just made brownies the other day.  If I complain or refuse to eat them, she says, “Well, I’ll just eat all of them and just get fatter.”

On top of all this she has several tools and people at her disposal but I think she is too self conscious to get help.  I’m an endurance athlete by the nature of my job,  I’m familiar with nutrition and training. We have a gym in our garage even.  My suggestions fall on deaf ears because “women’s bodies are different”  Her friend across the street is a Crossfit instructor with a child of similar age and she just says “Crossfit doesn’t help fat people” …Sure.  I found a group similar to Stroller Strides at the park I run at, had some initial interest and I didn’t think she could really make an excuse for that one since we already have  a Bob.  She wants a “fat friend” to do it with her and don’t expect it to happen.

Ultimately, I have a hard time with this because I’m extremely self driven (also according to some of your articles I have narcissistic traits too), wake up early in order to workout before work.  I offer to watch our daughter when I get home but usually my wife is tired by that time or doesn’t really want to work out.  She refuses to put our daughter in any sort of day care (she’s 18 months old).  I will say she is a nurse and works nights once a week so I understand she is tired after working but that should be one or two days.  She recently got an appointment scheduled to remove her mirena because she thinks that is the source of her weight gain among other side effects, this is also when she stopped following the 21 day plan.

I’ve mentioned that I would like her to lose weight a couple times ( as subtly as I could and mostly because I want our family to be more active as our daughter gets older) but that gets a retort of “You’re a real asshole.”  I feel like there isn’t a nice way for men to put it.  I’ve thought about getting separated (for this and some conflicting personality issues) but its not quite to the point of “I’ve had enough” and I’m afraid of my daughter being raised seeing me as a villain if we did separate and it lead to a divorce. 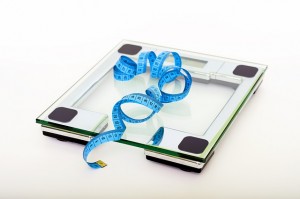 I’m sorry you’re so upset.  You can read this post, in which I give advice to another man whose wife is overweight.  Basically I say that if he stops telling her to lose weight, she might decide to on her own, but if it’s a dealbreaker, then leave. I give the same advice to you. What you should not do is remain in a relationship where your daughter continually picks up on the idea that you’re dissatisfied with her mother’s appearance and that you consider her mother to be lazy and unmotivated in addition to physically unattractive.  So, either get out, or get therapy so that you can make peace with your fat wife.

If you have narcissistic traits, it’s good that you can admit it (and read this), and please realize that this means that you’re even more sensitive to how others perceive your wife.  You’re a guy with a fat wife, and that is not comfortable for you.  It would be enlightening to explore the origins of your current dissatisfaction and your marital dynamic in your childhood.  Was one of your parents passive aggressive (like both you and your wife seem to be)?  Was one depressive and unmotivated and the other condescending and detached?  (That would parallel your wife and you.)  Was one a caretaker and the other a narcissist?  Was one the guy who said, “No biggie, 24 hour shifts don’t make you exhausted for more than one day afterward and we should put our year and a half old into daycare despite this child being the emotional lifeline for you since I provide you with limited emotional support and implicit criticism?” Just asking.

Here’s some good news for your wife though, since I doubt you think she’s smarter than you about much: she’s right about the exercise.  Exercise doesn’t make women lose weight as easily as it does for men, because women’s bodies are different.  In fact, exercise makes people hungrier and doesn’t work for weight loss overall, according to research.  Of course it has loads of other awesome benefits and can make your body look more toned, and intense exercise (like your wife is unlikely to start with) may hasten weight loss, but in terms of calories in, calories out, I never lose weight from exercise because a 30 minute run burns 250 calories (I’m slow) and then I’m hungrier for two apples later.  Yup, two apples negates a run.  O cruel world. This is why you see so many runners who aren’t rail thin, and are even overweight.

Your wife needs to eat less and differently to lose weight, and this can be supplemented by exercise for all sorts of good reasons.  But we don’t even know if she genuinely wants to lose weight; it’s hard to access internal motivation when you’re being subtlely (or unsubtlely) commanded to do something or risk your husband’s loss of love. (Read this about how Type A, narcissistic guys criticize their stay at home wives. because I think a similar dynamic is at play even though she works.) Food, and probably caring for your baby, seems to be her source of emotional support.  If she wants to examine this in counseling, great, but that counseling is also going to focus on your “subtle” comments that undermine her self-esteem and may end with her leaving you, then losing weight and attracting a new guy that is nicer to her.

I also suggest couples counseling, because you both need it before you have an affair or model a crappy marriage for your kid.  By the way, if she wants another baby, you better watch out if you have one, because that will really stress your marriage to the breaking point if you haven’t worked on it by then. I also think that she might in fact want another baby in part because maybe then you’ll get off her case about her weight, and also it might make it easier for her to say that she wants to stop working nights, since having two kids is harder than one.  Maybe this isn’t the case but I’ve seen a lot of couples in this situation.

If you wanted concrete communication advice, it would be to say something like:

“Hey, I’m sorry I’ve been acting like an asshole about you being overweight.  Upon introspection, I believe that in addition to my own dislike of fat, on myself and others, I also feel we are getting into the same dynamic as my parents, where she sat around and watched TV and he would shake his head [or whatever their dynamic was; I’m guessing it wasn’t perfect].  I also want to apologize for talking about Crossfit all the time, which is difficult and intense for even super fit people. In fact, if I’m honest with myself and you, it’s not the same issue for me that you’re inactive as it is that you’re overweight.  If we both tried to limit our sugar intake together, this would be a good first step that would make me happier.  Also, I think we should go to couples counseling because our communication needs work and we barely have sex anymore [I’m just guessing that part].”  If you love her and can say that, add it in.

To be honest, your wife probably isn’t going to lose weight till your child(ren) are older.  She has no motivation and you may be more difficult to deal with than you realize (come on, eat her homemade brownie, or at least half of it).  I am a big Stroller Strides proponent, but if my husband told me to do Stroller Strides when my first baby was 18 months old, I would have told him to stride out of the house while I cried and ate ice cream.  I didn’t exercise from the birth of my first child till the birth of my third three and a half years later.  People either need intrinsic motivation to exercise.  Intrinsic is stuff like “I want to be healthy” or “I want my awesome loving husband to think I’m hot.”  It is usually not “I want to appease my narcissistic husband although I am certain that no amount of weight that I could reasonably lose would be enough to make him prefer me to a Crossfit loving 25 year old.”

Hopefully you can stay and be happy; if not, make your decision and allow your wife to live her life free of you and criticism, and you can get one of those Crossfit women and start enjoying your life (till she pops out a baby and exchanges the kettlebell for a Moby wrap).  Good luck and keep me posted.  Till we meet again, I remain The Blogapist Who Says Your Own Counseling Could Really Help Shed Light On Many Aspects Of Your Life.

For therapy, go here for Dr. Whiten and go here for other clinicians in her group practice Best Life Behavioral Health. For coaching with Dr. Whiten, go here. Order Dr. Whiten’s books, 52 Emails to Transform Your Marriage and How to Talk to Your Kids about Your Divorce: Healthy, Effective Communication Techniques for Your Changing Family, and listen to The Dr. Psych Mom Show on Spotify, Apple Podcasts, or anywhere else you listen to podcasts.

This blog is not intended as medical advice or diagnosis and should in no way replace consultation with a medical professional. If you try this advice and it does not work for you, you cannot sue me. This is only my opinion, based on my background, training, and experience as a therapist and person.

Don't Want to Stress Out Husband With Baby-Making Sex

The Gentleman Eunuch: How To Stop Attracting Women Who Aren’t Sexually Open

Couples You Meet In Counseling #7: The CEO And The Resentful Employee 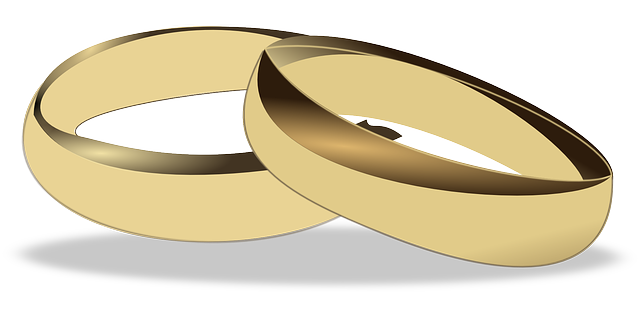 How To Make Your Wife Love You, Using the “Jerk” Method

Going To Therapy Is Easier Than You Think 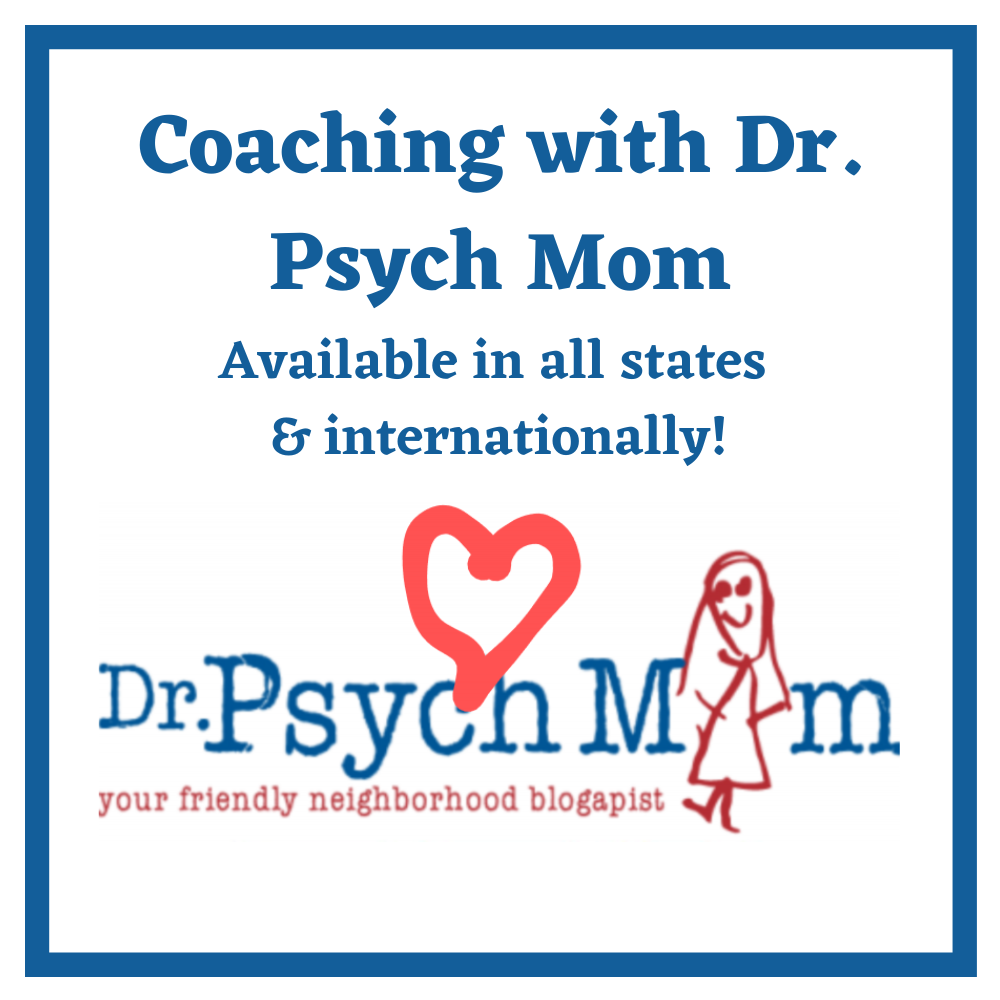