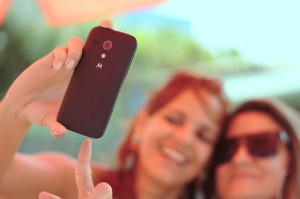 In my practice, I frequently see couples where one partner lacks empathy, is self-centered and self-aggrandizing, and believes that he is never at fault in any situation (I’ll use “he” here, because although there are narcissists of both genders, it is mostly diagnosed in men.) This partner may meet criteria for narcissistic personality disorder, although it has never been formally diagnosed, since narcissists usually see no reason to seek individual therapy.

Narcissists are extremely difficult to treat in couples counseling, because they deflect any suggestion that they could be contributing to the current marital difficulties. They blame either their spouse or circumstances outside their control (e.g., their job, other family members) for all conflict within the relationship.

The non-narcissist spouse generally suffers from low self-esteem, like I describe here. Then, in a vicious cycle, being involved with a narcissist lowers one’s self-esteem even more.  (Another common pattern is that a narcissist marries another narcissist, but this couple is very unlikely to admit to any marital dysfunction or to seek counseling.)

Conflict arises in the marriage when the non-narcissist spouse wishes to be close to the narcissist and to get her emotional needs met, but feels pushed away, like the narcissist does not really know or care about her.  Frequently the narcissist also engages in gaslighting, where he denies his partner’s reality, either directly by lying or indirectly by just not admitting to himself that he did anything wrong.  For example, there will be exchanges like:

Wife: How come you didn’t answer when I called?  I told you I was getting the results of my biopsy.

Narcissist: I did answer!  But I had no service. (This one is overt lying.)

Narcissist: I was too busy to answer (convinced himself of this because it is impossible for him to admit to himself that he forgot this critical date and ignored the call).

So what we have is a dynamic where one partner acts like he can do no wrong, admits no part in any marital problem, and thinks that he does not need to work on the marriage, coupled with another person who is anxious to improve the marital situation and to feel known, understood, and valued.  The non-narcissistic spouse can at times act “crazy” because she is so desperate to be heard and understood by the narcissist, e.g., yelling, crying, throwing things.  This has the opposite effect than intended, because the narcissist will think, or say outright, “Of course I don’t want to be close to you, you are so crazy.”  This of course makes the spouse feel even crazier and more off-balance, and therefore more frantic to repair the marriage.

This is a very difficult couple to treat, but successful therapy hinges on cultivating empathy in the narcissist for his wife’s perspective and feelings.  If there is even a small move in the direction of understanding his spouse’s point of view, the marriage has the capacity to improve. On the other side, there needs to be an increase in the spouse’s feelings of self-esteem and self-efficacy.  If she can learn to value herself and find sustenance and support in other people, her career, or other outlets, then she will not be as dependent on the narcissist for validation.

A narcissist, although he can change and learn to be more empathic, will generally always have limitations. He rarely will turn into a person who is comfortable with sharing his vulnerabilities and with asking for emotional support.  However, if he can learn to provide some emotional support, the marriage will improve and grow closer.

Some techniques to engage a narcissist in exploring his more empathic side are to start with what he already does well and build on that.  Many narcissists are great with their children (particularly when the children are too young to reject the parent or his values) and their pets, because they enjoy dynamics where others look up to them. Children often function as an extension of the narcissist’s self.  If a narcissist has any capacity for empathy, it will manifest itself here.

Thus, a narcissist can be enticed to develop empathy for his wife by recognizing and praising how he acts empathically with children or pets, and drawing parallels between these situations and his marriage.  E.g., “Just like how great you were at comforting Josh when he lost the game, I’m hoping that you can express empathy to your wife when she feels upset or lonely.”

Similarly, a narcissist often wishes to impress others, and his desire to show the therapist what a quick learner he is can work to the couple’s advantage.  As long as the therapist affirms the narcissist for his effort, he will often work quite hard at excelling at therapy, which can include the ability to learn the skill of empathizing.  In reality, this is a skill that the narcissist likely did not learn at home, so he is frequently very curious about it and how it would work to allow him to connect better with others. Often, narcissists respond well to the idea of learning from “experts,” such as the therapist, and will pride themselves on being the best student of therapy that the therapist has ever seen.

This may initially seem to be a shallow type of change, as it is extrinsically and not intrinsically motivated. But, in reality, if a narcissist sees that empathizing works well and changes his wife’s behavior and feelings toward him, this will reinforce his desire to stay in treatment, where deeper and more substantive personality-level change has a chance to happen.  The marriage will also stabilize if the narcissist’s spouse finally feels heard and known for the first time in the relationship, which will allow her a more secure base from which to explore working on her own self-esteem and identity outside of the marriage.  Overall, then, teaching basic empathy and validation skills can be seen as an effective way to initially get buy-in with a narcissist in couples counseling, so that more profound change can later occur. For more on how narcissists behave, read Disarming the Narcissist by Wendy Behary.

Read this here on PsychCentral Professional!

Order Dr. Rodman Whiten’s books, 52 Emails to Transform Your Marriage and How to Talk to Your Kids about Your Divorce: Healthy, Effective Communication Techniques for Your Changing Family, and listen to The Dr. Psych Mom Show on Spotify, Apple Podcasts, or anywhere else you listen to podcasts. If you need therapy, check out her online group practice Best Life Behavioral Health.

This blog is not intended as medical advice or diagnosis and should in no way replace consultation with a medical professional. If you try this advice and it does not work for you, you cannot sue me. This is only my opinion, based on my background, training, and experience as a therapist and person.

Reader Q: Husband Sexts with Men, I Met Another Guy, Should I Divorce?

Should You Tell Your Partner What You Discuss In Your Own Therapy?

What Would You Change If You Had Less Time To Live?

Three Types Of Risk Taking And Their Impact On Relationships

Going To Therapy Is Easier Than You Think

Contact Dr. Psych Mom for therapy, questions, or to join my group practice!